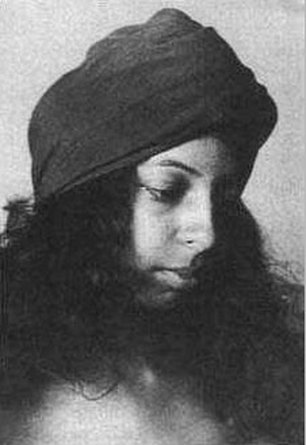 Angelina Weld Grimké
The Rachel Project is a series of events (TBA) in Portland, Maine, in 2016, to commemorate the centennial of the production of the first play by an African American woman ever produced: Rachel by  Angelina Weld Grimké.

The events will include a staged reading of the complete play, a panel discussion of the work and its significance, and possibly other associated events.

The play is unique and historical for a number of reasons:
History of the play, from Wikipedia:

Grimké wrote Rachel – originally titled Blessed Are the Barren[5] – one of the first plays to protest lynching and racial violence.[6] The three-act drama was written for the National Association for the Advancement of Colored People (NAACP), which called for new works to rally public opinion against D. W. Griffith's recently released film, The Birth of a Nation (1915), which glorified the Ku Klux Klan and portrayed a racist view of blacks and of their role in the American Civil War and Reconstruction in the South. Produced in 1916 in Washington, D.C., and subsequently in New York City, Rachel was performed by an all-black cast. Reaction to the play was good.[5] The NAACP said of the play: "This is the first attempt to use the stage for race propaganda in order to enlighten the American people relating to the lamentable condition of ten millions of Colored citizens in this free republic."


Brief bio from Wikipedia: Angelina Weld Grimké was born in Boston, Massachusetts, in 1880 to a biracial family. Her father, Archibald Grimké, was a lawyer and also of mixed race, son of a white planter. He was the second African American to have graduated from Harvard Law School. Her mother, Sarah Stanley, was European American from a Midwestern middle-class family. Information about her is scarce.

Grimké's parents met in Boston, where he had established a law practice. Angelina was named for her father's paternal white aunt Angelina Grimké Weld, who with her sister Sarah Grimké had brought him and his brothers into her family after learning about them after his father's death. (They were the "natural" mixed-race sons of her late brother, also one of the wealthy white Grimké planter family.)

When Grimké and Sarah Stanley married, they faced strong opposition from her family, due to concerns over race. The marriage did not last very long. Soon after their daughter Angelina's birth, Sarah left Archibald and returned with the infant to the Midwest. After Sarah began a career of her own, she sent Angelina, then seven, back to Massachusetts to live with her father. Angelina Grimké would have little to no contact with her mother after that. Sarah Stanley committed suicide several years later.... Read more...

Evidence of her lesbian or bisexual orientation from Wikipedia:

At the age of 16, Grimké wrote to a friend, Mary P. Burrill:

"I know you are too young now to become my wife, but I hope, darling, that in a few years you will come to me and be my love, my wife! How my brain whirls how my pulse leaps with joy and madness when I think of these two words, 'my wife'"[9]

Two years earlier, in 1903, Grimké and her father had a falling out when she told him that she was in love. Archibald Grimké responded with an ultimatum demanding that she choose between her lover and himself. Grimké family biographer Mark Perry speculates that the person involved may have been female, and that Archibald may already have been aware of Angelina's sexual leaning.[9]

Analysis of her work by modern literary critics has provided strong evidence that Grimke was lesbian or bisexual. Some critics believe this is expressed in her published poetry in a subtle way. Scholars found more evidence after her death when studying her diaries and more explicit unpublished works. The Dictionary of Literary Biography: African-American Writers Before the Harlem Renaissance states: "In several poems and in her diaries Grimké expressed the frustration that her lesbianism created; thwarted longing is a theme in several poems."[10] Some of her unpublished poems are more explicitly lesbian, implying that she lived a life of suppression, "both personal and creative.”[10]

To read the play online or download (multiple formats)