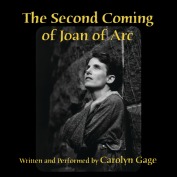 An audio recording of Gage’s performance in her lesbian classic, at the Institute of Musical Arts in Bodega, California. Information about the play. 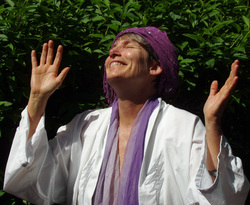 A DVD with twenty-one MP3 audio podcasts by "Sister Carolyn" of the Sisterhood of the Sacred Synapse from the Lesbian Tent Revival... plus two Tent Revival songs by "Sister" Jamie Anderson! 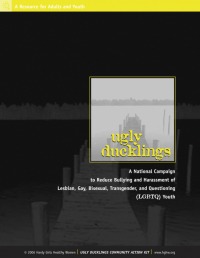 We teamed with playwright Carolyn Gage to stage the Maine premiere of her award-winning play, Ugly Ducklings and based on the success and community interest, we developed an educational documentary film and community action kit for families, schools, and communities to help address this issue.

This documentary highlights homophobia, bullying and harassment; the real experiences that lead young people to mask their sexual identities, feelings, and questions. By weaving together scenes from the rehearsal process, the play, and from interviews with the fourteen female actors as well as local experts on gender, Hardy Girls Healthy Women and Greater Waterville C4CY have created an important program that can be replicated throughout the country to hopefully change cultural attitudes.

The film also focuses on issues that young people who do not fit into mainstream definitions of sexuality deal with, the lack of voice and the depths of pain that lead some to suicidal thoughts and suicide attempts. These brave young people are challenging their schools and communities to deal with the concerns of LGBTQ youth.

Our goal for Ugly Ducklings is to educate and inspire people to take action against bias-based bullying and harassment, so that we can protect our children from the harassment and violence that can lead to self-harm and suicide.