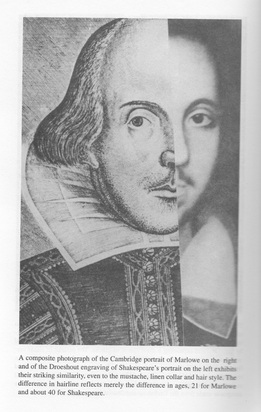 Portraits of Shakespeare and Marlowe show similarities
"New Plays and the Destructive Cult of Virginity," Howlround: A Journal of the Theatre Commons, July 2015.

"Ugly Ducklings, or How I Came to Write a Play Where the Lesbian Doesn't Kill Herself," (Originally published as "In Search of a Lesbian Stage Tradition," in The International Gay and Lesbian Review, Issue 14.2, March/April, 2007, Cambridge)

"Meeting the Ghost of Hamlet's Father,"in On the Issues, Fall 1997.

"Perpetrating Performance: The Depictions of Survivors of Sexual Abuse on the Stage," paper at 1999 ATHE Conference, Toronto.