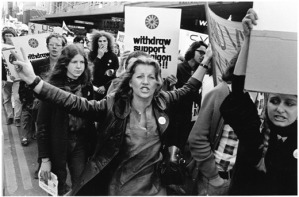 RADICALS is a play about four young people in the early 1970’s, and how they are affected by the social turmoil of the anti-Vietnam War protests.

Margo is a radical activist to her bones, but she has surrounded herself with a boyfriend, a comrade-in-arms, and a housemate who do not know themselves as well as she knows herself. She makes the fatal assumption that they do and that they are able to take as much responsibility for their actions as she is.

The play moves swiftly as a political thriller for a close ensemble group. The idealistic rhetoric of the characters stands in stark contrast to their day-to-day choices.