Productions of Gage's Work and Appearances 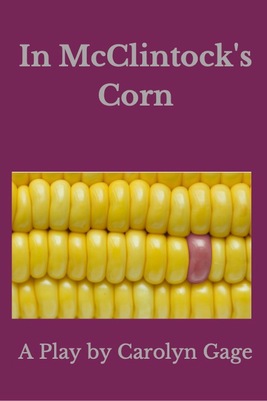 2023
January 7, Zoom:
Reading of Georgia and the Butch, Cauldron & Labrys.

June (TBA), Mount Desert Island, ME:
Gage leads a tour on the island to parts of The Lesbian History Trail of MDI. Sponsored by the Bar Harbor Historical Society.

Summer, private event:
The Second Coming of Joan of Arc .

May 22, Bethlehem, NH:
In McClintock's Corn (reading), the Highlands Inn.

August 4, (livestream), NYC
Female Nude Seated video is going to be viewed by a  "Writing in the Disciplines" class at Pace University. I'm doing a talk-back.

October 23-31, Rochester, NY (live and livestream):
The Second Coming of Joan of Arc, Out of Pocket Productions.

May  14 & 15, Northampton, MA:
Louisa May Incest , Smith College Theatre Department,Commencement Studio Production.  I will be at a talk-back after the matinee on May 15.

London:
Calamity Jane Sends a Message to Her Daughter, Dublin International Gay Theatre Festival is producing the show with Party Boy by Brian Merriman at the Cockpit Theatre in London.

June 15, NYC:
"Shame: My Mother's Abortions," will be performed as a reading at Under St. Mark's Theater as part of a fundraiser for the National Network Of Abortion Funds, 7-9 PM.

January 26, Portland, OR:
The Second Coming of Joan of Arc, with Julia Reddy, details TBA.

May 7-18, Leatherhead and Reigate, UK:
The Poorly-Written Play Festival, The Royal Alexandra and Albert School. Featured at the Leatherhead Drama Festival.

May 25-26, NYC:
Monologue from The Last Reading of Charlotte Cushman, performed by Barbara Kahn, Lower East Side Festival.

November 15-17 (only one of these nights, TBA), Adrian, MI:
The Rules of the Playground, Siena Heights University (directing class).

Sometime in 2018, Indianapolis, IN:
Artemisia and Hildegard, reading by a book group, The Fourells: Lovely Lesbians Loving Literature.

April 23, Portland, ME:
At Sea will be read, as a semi-finalist in the Maine Playwrights Festival, at the Portland Ballet Theatre.

April 29, Bethlehem, NH:
The Second Coming of Joan of Arc with Julia Reddy (second act with playright talk-back), Highlands Inn.﻿﻿ (Lesbian B & B)

May 13, Bar Mills, ME:
The Second Coming of Joan of Arc with Julia Reddy, Saco River Theatre.

March 5-8, Portland, ME:
The Clarity of Pizza, presented by Snowlion Repertory in an evening of one-acts, The Maine Dish. Portland Ballet Studio Theater.

March 15, Easthampton, MA:
Gage on Stage... with Julia Reddy. Produced by Gather the Lesbians. Will include complete performance of Louisa May Incest. Easthampton Building, 3-5 PM. For tickets.

June 26 & 28, Portland, ME:
Louisa May Incest, with Carolyn Gage and Julia Reddy, PortFringe, at the Portland Stage Studio Theatre.

May 24, Portland, ME:
Stigmata (staged reading), Mayo Street Arts, Portland, Maine. Directed by Stephanie Ross. "Funded in part by a grant from the Maine Arts Commission, an independent state agency supported by the National Endowment for the Arts."

May 29, Portland, ME:
Reading of Ain't Got No-I Got Life by Snowlion Playlab. (Closed reading, rescheduled.)

October, Boquete, Panama:
The Anastasia Trials in the Court of Women, The Boquete Community Players.

September 25, Portland, ME:
The Greatest Actress Who Ever Lived (reading), Lucid Stage Fundraiser. Email for details.

March 6, 7, and 11, Fresno, CA:
Calamity Jane Sends a Message to Her Daughter, The Poorly-Written Play Festival, A Labor Play, Theatre Ventoux at the Rogue Festival.

October 15 &16, New Orleans:
The Last Reading of Charlotte Cushman at the University of New Orleans, 8 PM. Featuring Karen Shields in her acclaimed production.