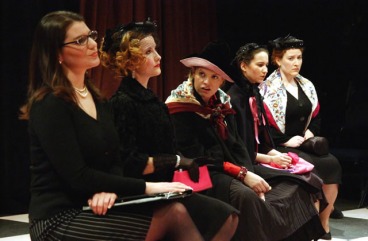 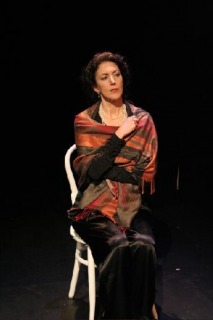 “I am constantly amazed at Carolyn’s ability to make complex social issues not only accessible but also irresistibly fascinating… the play… [The Anastasia Trials ] touched us, made us laugh and gripped us in a white-knuckle intensity usually found only in Hitchcock films.” --R.J. McComish, Literary Manager of the Portland  Stage Company, Portland, Maine.

"Each performance could potentially have a different result and many students saw every performance just so they could see how the show ended."--At Oldfields, Glencoe, MD.

"... reckless comedic tour de force... a strange night of theatre wherein the audience exits with the dubious and possibly schizophrenic understanding that we are all Anastasia, Grand Duchess to The Tsar of Russia." -- Blogcritics (Guy de Fredericis, Buffalo.)

"In this “play within a play” format, we are also witness to several woman-to-woman microaggressions and a few spectacular major aggressions. It did not feel scripted, but very real, and very much so when the players seem to “go off script” and the other players react to that... We are presented with sensitive, hot-button topics that are very much of our contemporary world."--Buffalo Rising

"Our Saturday show was over sold out (which hasn’t happened since 2007 at our student run theatre) we had to add so many chairs to audience that the actors had to adjust to their stage space. Here is a quote from our Chairwoman who also played Diane-Erika Wilson, 'The one word we kept hearing was 'relevant.' Every audience we had was engaged because the issues in this show are so pertinent to what is going on in our country right now. We, as the Warehouse, were so pleased with this show because we could see people really thinking, and we heard them talking about the show even as they left the theatre.' I saw the show the same day Kavanaugh was confirmed. The speech at the end when Diane talks about the rights of the victims and survivors the women who have been silenced and censored etc… it was moving to hear these words echo what’s happening in the world around us."-- Lili Javorka Dramaturg and Performance Liaison, Stephens College.


The Anastasia Trials in the Court of Women makes theatre history with an interactive courtroom drama that engages the audience to serve as both judge and jury. The play is shaped by the audience decisions to overrule or sustain the attorneys’ motions, and every night’s audience sees a different play.

The Anastasia Trials is a farcical, but profoundly engaging excursion into the hidden world of ethics for women who are both survivors and perpetrators of abuse toward women. The format is a play-within-a-play, where a radical feminist theatre company comes together in order to perform a courtroom drama.

In presenting the play, the Emma Goldman Theatre Brigade has instituted a new system to insure equal opportunity for the actors: a lottery. As the women assemble to draw their roles from the hat for the evening’s performance, sisterhood is put to the test. The performance itself is a conspiracy trial against five women accused of denying a woman her identity. The plaintiff is none other than Anastasia Romanov, sole survivor of the massacre of the Russian imperial family in 1918. The audience is required to serve as judge and jury for the case, providing both rulings on the motions and the final verdict.

The Anastasia Trials in the Court of Women requires intense audience participation, and the question of women betraying women is called for every member of the audience. 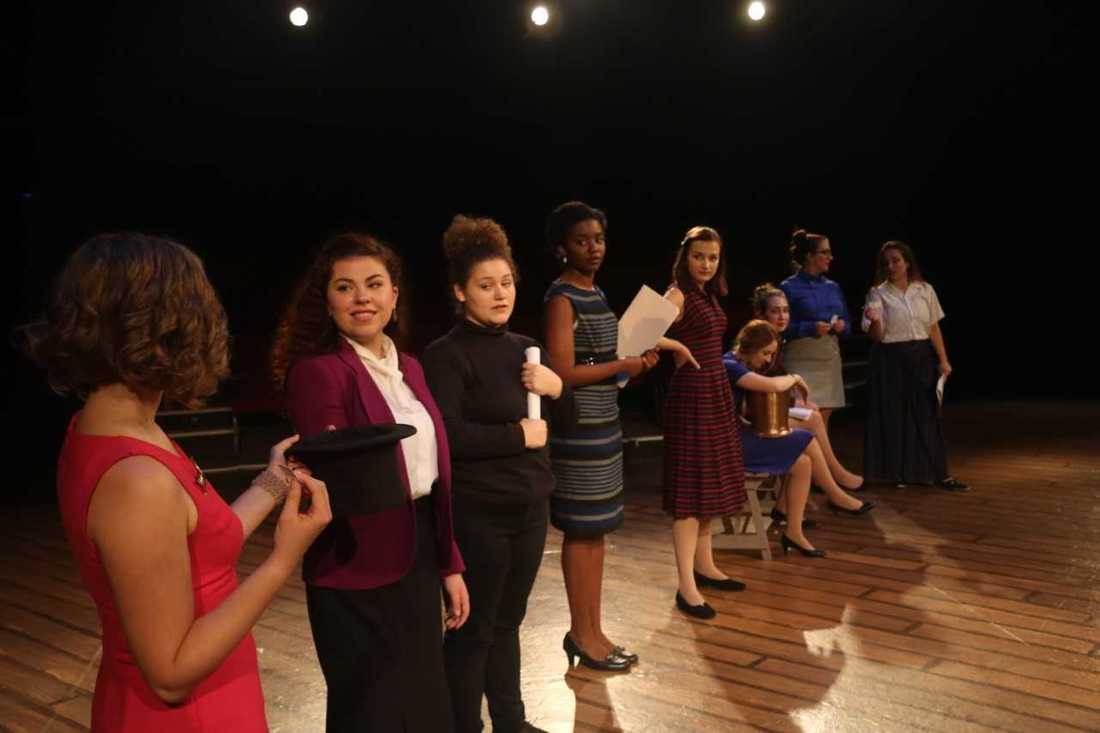 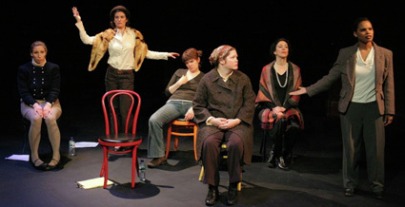 Theatre Unbound Production in Minneapolis
'The Anastasia Trials in the Court of Women: An Interactive Comedy in Two Acts' by Karla Mantilla, in off our backs,, May/June 2003.

'Theater Magic: The Trials and Tribulations of Producing Women's Theater' by Jade Angelica, in The Portland Phoenix,, Februrary 14 - 21, 2002.

'Theater Review: The Anastasia Trials in the Court of Women' by Robert Barry Francos in 'FFanzeen,' December 5, 2008.

Turning the Tables' by Martin Brady in Nashville Scene, September 2004.