GAGE ON STAGE
An Evening of Theatre by Carolyn Gage, or with Carolyn Gage and Julia Reddy* 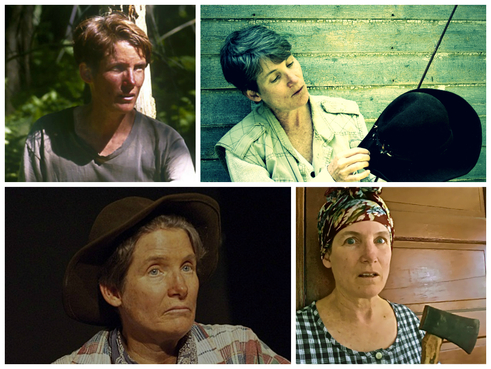 Gage on Stage is a one-woman show featuring Carolyn Gage, or a two-person show with Gage and Julia Reddy.  In either case, this is a delightful evening filled with excerpts of plays by Gage, including:


* If the two-woman version is booked, the second half of the evening is a performance of the complete one-act play Louisa May Incest:

The writing of Little Women is interrupted when the character Jo March and her famous creator cannot agree on the ending. The struggle for control of the book becomes deadly when Jo accuses Louisa of repressed lesbian desires and incest memories.

A theatrical and enlightening evening filled with censored archetypes of oppression and resistance, lesbian history and culture, and a plethora of historical figures lost, stolen, or appropriated by patriarchal history. 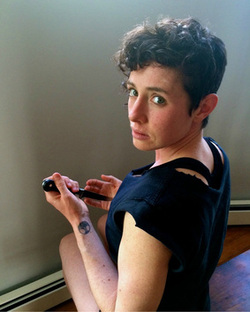 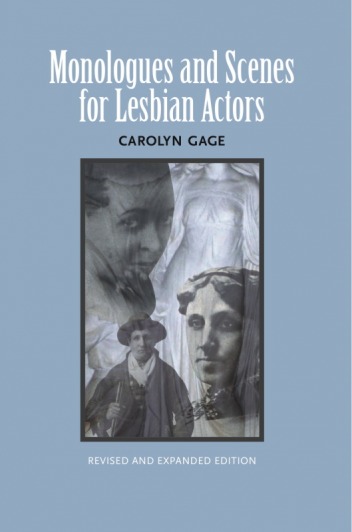 “No playwright has created as amazing a pantheon of historical lesbian characters as Carolyn Gage. Her book, Monologues and Scenes for Lesbian Actors, provides a sumptuous feast of possibilities for both seasoned and budding lesbian performers to use portraying a full range of emotion and political perspectives. Carolyn Gage is a national lesbian treasure.” —Rosemary Keefe Curb, editor of Amazon All Stars : 13 Lesbian Plays.

“Carolyn Gage’s writing, acting, and teaching are explosive. She rips away the cultural camouflage that permits us to accept, to be blind to, the brutal context in which women are still required to live their lives. When my students remember this semester it will be because of her visit. She’s a treasure.” —Prof. George Wolf, Dept. of English, University of Nebraska, Lincoln.

“We were so delighted with Carolyn’s powerful drama and her personable style of teaching that Carefree [retirement community] women asked her to return and be our first Artist-in-Residence…  Participating in the readings and listening to the performances were powerful experiences for the women of our community. Carolyn’s dramatic works, her teaching methods, and her passionate belief in women inspired many of us to look at our lives and come to see ourselves as heroines and Amazons. Her ability to clothe her meticulous research and knowledge of women’s and especially lesbian history in enthralling dramas helped many of us to realize our rich lesbian/feminist heritage…  she’s personable, down-to-earth, and fun to be with. Her time with us was intense, fascinating, and a lot of fun. Who could ask for more?” —Dana G. Finnegan, PhD., Leader of Writers’ Workshop at Clubhouse for Resort on Carefree Boulevard, Ft. Myers.

“While it was probably the novelty of having a lesbian feminist in Hattiesburg, Mississippi that brought the people out, it was Carolyn’s intelligence, wit and charisma that motivated us to participate. Her complex mixture of righteous anger and compassion and her insight into the human psyche inspired those of us who live with the daily oppression of southern patriarchal culture to open our minds and hearts and speak our truths. When we left the theater that night, we had all been touched by Carolyn’s powerful politics.” —Dr. Kate Greene, University of Southern Mississippi.

“Ever since I first saw Carolyn Gage perform her work, I have been convinced that she is one of our greatest living artists… the value of Gage’s plays goes far beyond their ability to hold and entertain audiences. I know of no living playwright who is grappling with issues as controversial and as central to the survival of our people as Carolyn Gage. Possibly the most potentially transformative work of our time is the work on trauma conducted by psychologists and academics as well as within feminist and recovery movements. By joining her intellectual and political engagements with these movements to her considerable skills as a dramatist, Gage creates plays that bring the “magic” back to theatre. I have seen many of her plays performed – among them, The Second Coming of Joan of Arc, Sappho in Love, Harriet Tubman Visits A Therapist, and Artemisia and Hildegard. The impact of these performances on audiences is profound and life-changing.  I can also attest to Carolyn Gage’s rapport with university students and faculty… I sponsored a lecture and performance by Carolyn Gage on our campus. These events were well-attended and enthusiastically received by the faculty, students, and community members who attended. Carolyn Gage was on my campus for four days and throughout that time she was most generous in making herself accessible to students. In the discussions with her audience and during small group meetings with students, Carolyn was lively, provocative, brilliant.”—Dr. Patricia Cramer, Dept. of English, University of Connecticut, Stamford.

“Although she has worked in other literary genres, Carolyn’s genius is best appreciated in her theatrical work as an author, performer, and director. Whatever the subject, her work focuses on the lives of women, situates them in their historical context, and illuminates their thoughts and actions from a feminist and, yes, lesbian perspective. And although one might assume that her radical perspective would ensure permanent obscurity for Carolyn’s work, this has not been the case. Her plays continue to receive national and international attention. Carolyn will bring not only her incredibly prolific theatrical repertoire but also the richness of her intellect and astute political comprehension of women’s lives and the necessity of our struggle—of all people’s struggles—against the colonization of our minds and bodies. She has a great gift and the ability to synthesize the truths of women’s lives and to tell them without shrinking from their pain and complexity.”—Julia Penelope, co-editor of The Original Coming Out Stories, Lesbians Only, and Lesbian Culture: An Anthology.

“I am constantly amazed at Carolyn’s ability to make complex social issues not only accessible but also irresistibly fascinating.” —R.J. McComish, Literary Manager of the Portland Stage Company, Portland, Maine.