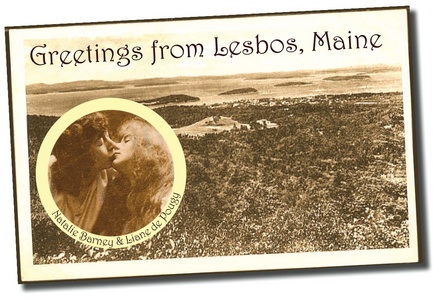 Poster for an Evening of Gage Plays in Maine

"When Sex Is Not the Metaphor for Intimacy," Trivia: Voices of Women, issue 3, February 2006.

"Lizzie Borden and Bridget Sullivan: A Question of Deviance," Originally published as “Lizbeth Borden and Bridget Sullivan: Fall River Scapegoats and Mascots,” in The Hatchet: Journal of Lizzie Borden Studies, Vol. 1, Issue 4, August/Sept., Orlando, FL. Also given as a paper at the Humanities and Law Conference, University of New England, Portland.

"So You Know a Dyke With CFIDS,"Women's Web Construction Company, St.Louis, MO. (Originally published in off our backs)

"A Lesbian Archivist Discovers A Hidden Literary Treasure in Southern Oregon: An Interview with Linda Long," in The Lambda Book Report, Spring/Summer 2008.

"Oscar Wilde: An Ideal Gay Icon? Why Oscar Wilde is Not My Cup of Tea"On the Issues, Winter 1997.

"Love is a Triathlon"

"Where Do We Go From Here?