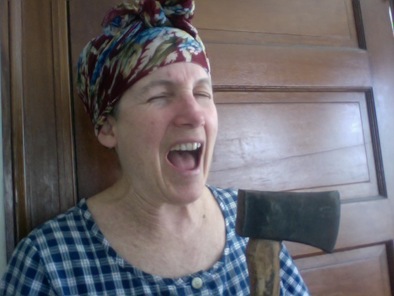 On August 4, 1892, Andrew and Abigail Borden were murdered in their home in Fall River. Two persons were in house that morning: their daughter Lizzie and the Irish maid, Bridget Sullivan.

It provoked the trial of the century, and to this day, the home remains a major tourist attraction. Part of what intrigues people is the fact that Lizzie was found innocent and that no murderer was ever found.

Why is LIzzie presumed to have been the murderer in the absence of any evidence?

Carolyn Gage performs her one-woman play through the eyes of the Borden's maid, Lace Curtain Irish, and then hosts a talk-back/discussion about the details of the trial and of Lizzie's history. Thought-provoking and passionate, this is an evening to thrill and delight!