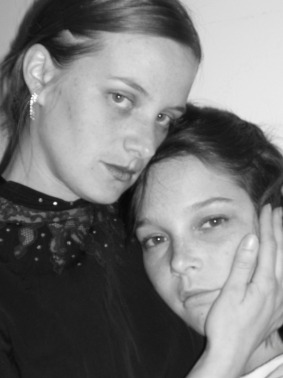 Cauldron & Labrys Production, Portland, Maine
In October 1923, Eva Le Gallienne was raped in her dressing room during the Broadway run of Liliom, a play in which she performed the role of Julie Jordan, the battered girlfriend of an abusive, alcoholic carousel operator.

Entr’actetakes place in the private sanitarium on the night of the rape, after Eva has checked herself in. In a state of post-traumatic hyper-arousal, she waits for a “friend” to arrive.

The friend is Mimsey Benson, Eva’s former lover and fellow-actor, who left her ten months earlier for the security of a heterosexual marriage. Eva has not seen Mimsey since the breakup.

In this charged environment, the two women confront their feelings for each other, and Mimsey, who had lost her identity in her former relationship with Eva, walks a tightrope between compassion for the young women and the detachment necessary to protect herself from Eva’s overwhelming neediness.

This play is a tour-de-force for a young actor (Eva is twenty-three). In the space of the thirty-minute drama, Eva runs a gamut of extreme dissociative states as she moves through denial, bargaining, rage, and grief to finally arrive at acceptance of her losses. Making rapid transitions, she is alternately the abandoned lover, the imperious Broadway star, the enraged child, the dazzling performer, the terrified victim, the skillful seductress, and the visionary entrepreneur who will go on to found the Civic Repertory Theatre.

The interpersonal drama of the two women is punctuated by interactions with two of the nurses on the staff, one of them an adoring fan of Eva’s and the other a hard-nosed pragmatist. Balancing between the two poles represented by the nurses, Eva and Mimsey struggle to create a new relationship toward each other and toward their art.