AXED!
An Evening of One Ax
Paperback
eBook (PDF) 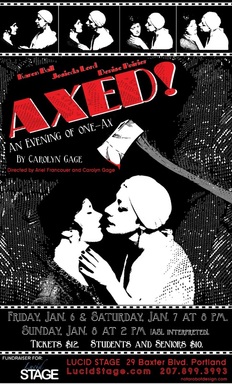 Poster by Amy Jorgenson
Who was Lizzie Borden?

AXED! is a collection of two one-act plays, both focused on women who were intimate with Lizzie during her lifetime:


The Greatest Actress Who Ever Lived
A closeted reporter arrives in the dressing room of veteran, bisexual stage and film star Nance O'Neil, and as Nance shares the details of her affair with alleged ax murderess Lizzie Borden, the two women share a moment of intimacy. 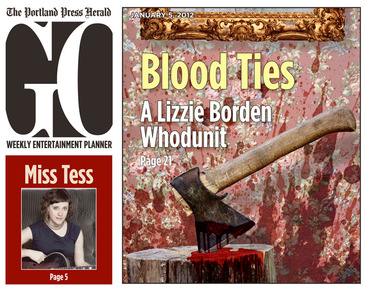 _
Reviews and Interviews about AXED!