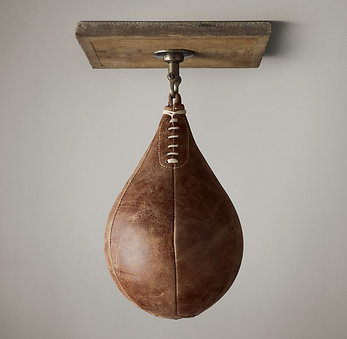 Looking for a play that will challenge on a visceral level complacent attitudes about prostitution? Looking to put something in your programming that will electrify audiences and engage them in real dialogue that goes beyond so-called liberal feminist theory and postmodern propaganda?

Head in the Game is a fifteen-minute, five-character, easy-to-stage-anywhere play that brings audiences into the world of male "pay-to-play" abuse of women, through a fantasy scenario of "boxing girls," women whom men pay to batter. Audiences respond with shock and righteous indignation... and then disorientation and confusion as they realize that the world of this play is an apt analogy for the worlds of prostitution that they support and defend.

The play uncompromisingly brings home the point that paying to use someone for sexual gratification is no more "sex" than paying to punch someone is boxing.

Synopsis:
The play opens outside the Boxing Girls Gym. In the Boxing Girls Gym, clients (nearly all male) pay by the hour to “spar” with the women who work there, the “boxing girls.” In this form of “boxing,” the boxing girls are not allowed to hit back or defend themselves. The client pays to “win.” In the eyes of the law, the activity is recreational and considered just another form of boxing.

In the play, a reporter and her intern, who is also a woman, are infiltrating a Boxing Girls Gym in order to do a story for Gentlemen Magazine. While they are there, a policeman shows up to investigate a report of a man beating up a woman. When he realizes where he is, he stops asking questions. The victim of the beating runs on, begging for protection. The owner of the gym, showing more concern for the client’s interrupted service, sends another “boxing girl” to finish “sparring.”

The head of the gym sends the policeman off with a stack of Boxing Girls business cards, and she counsels the victim not to pursue the matter. She reminds her that she has a daughter at home she can barely support, offers her drugs, and sends her to the Makeup Room to prepare for another “round.”

Meanwhile, the intern has become increasingly upset by what she sees as blatant violence against women. The play ends with a surprise twist.