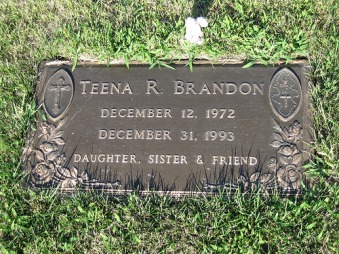 Teena Brandon's inconvenient truth is a history of sexual abuse that went on for years, perpetrated by a male member of her family. Conveniently, this aspect of her experience is missing from both the feature film and the documentary. But was it a sidelight to her story, a footnote to her identity?

This lecture explores the literature and research documenting gender dissonance as a syndrome associated with child sexual abuse, with a special focus on how incest from a male perpetrator impacts a female child's perceptions of gender and relationship to her mother.  Admitted to a crisis center for an intentional overdose, Brandon was diagnosed with "mild gender identity dysphoria," reporting that sex-change operations had been recommended. Underweight from eating disorders, drinking heavily, taking seven showers a day with seven changes of clothing, facing twelve pending charges of forgery, and involved in a sexual relationship with a minor, Brandon's behaviors were consistent with a diagnosis of Complex PTSD, a syndrome associated with incest.

An inconvenient truth about treatment and recovery from the effects of child sexual abuse is that healing requires reclamation and integration of the previously stigmatized and dissociated identity. How does this interface with diagnosis and treatment of gender dysphoria?

The inconvenient truth about incest and the syndromes associated with it challenge post-modern theory in key areas, and this lecture is intended to initiate dialogue in the LGBT community that is respectful of survivor issues.