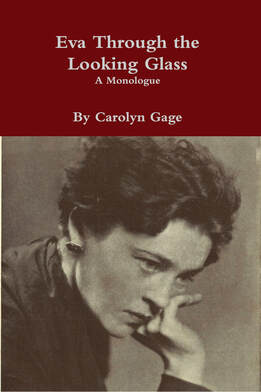 52 PIckup
Janiya, a young woman is in the hospital on a mandatory suicide watch after her third attempt. She is visited by her ex-girlfriend Cil. As they both struggle with the aftermath of the attempt, the two women arrive at a dynamic that might be a game-changer.

At Sea
Two lesbian buddies in their 80’s have escaped from a nursing home at night, stolen a sailboat, and are planning a double suicide out on the ocean. At Sea is a fleeting (no pun intended) celebration of lesbian friendship, sailing, marijuana, and resistance.

Black Eye
Subtitled “a knockout in nine minutes,” this short play packs a punch. The year is 1953, and Amanda is a 13-year-old tomboy who has been sent to the principal’s office for fighting the boys who have been lesbian-baiting her. When the principal, who is in the closet, moves to expel her, Amanda’s lesbian P.E. teacher shows that she is just as willing to fight as her student. A taut play, filled with surprises.

Calamity Jane Sends A Message to Her Daughter
This rowdy, fifteen-minute monologue is a tribute to masculine women living in times when lesbian or transgendered identities were not understood. Accustomed to ridicule and contempt, Calamity survives through a combination of self-deprecating humor, myth-making, and alcohol—shrewdly propagating the myths about herself that will ensure her a place in history.

The Clarity of Pizza
A lesbian and her heterosexual best friend get into a fight over a guy while eating pizza.

The Great Fire
Two sisters and their brother wait for rescue by boat on the beach of Bar Harbor, as the Great Fire of 1947 destroys the entire town. The former chambermaid provides a key to escape from the apocalyptic scenario. A ten-minute play.

Hrotsvitha's Vision
A 10th century, German nun who is a playwright realizes that a 20th century lesbian who is translating her work is abandoning it in the face of war. The nun exorts her translator to remember the great secret for liberation that is embedded in her plays. A two-minute monologue.

The Intimacy Coordinator
A short play about what happens when an intimacy coordinator interrupts an appointment between a prostituted woman and her client.

The Ladies' Room
A five-minute play about two lesbian teenagers in a ladies' room at a shopping mall. The butch has just been mistaken for a man, and mall security is on the way. Her girlfriend, because of her own history,is conflicted about offering support.

Miss Le Gallienne Announces the New Season
A monologue. Actress Eva Le Gallienne faces her first press conference after the fire that almost killed her and the scandal of her girlfriend's divorce.

On the Other Hand
A meta puppet play, where two hand puppets, Lorna and Judy become gradually aware of the external forces that are controlling and manipulating them.

Patricide
A one‑minute monologue by a woman of any age, ethnicity, race, orientation, physical ability, class background—in which she telephones and confronts her father on incest.

The Pickle Play
A whimsical ten-minute play where customers whose lives have become too easy find challenges go to the "pickle store" to purchase complications... and find themselves getting more than they bargained for!