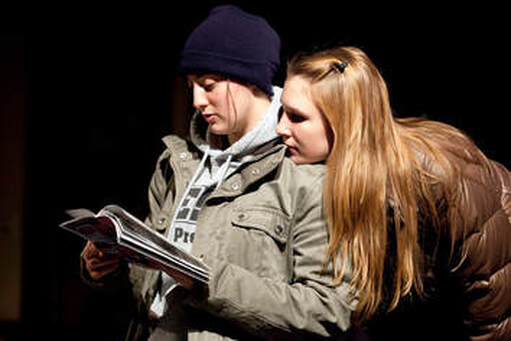 That Uppity Theater Company production
"... we think we're in for five or ten didactic minutes about how we should get over our gender preconceptions. We do get a little of that, and that's fine. But then Gage throws us a curve... The piece suddenly is very moving, and much more than a predictable piece of right thinking."--KDHX.org 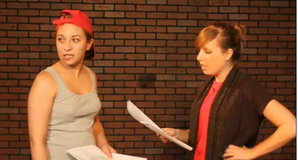 The Women's Theatre Project Production
The scene is just outside a ladies’ room in a shopping mall. Rae, a seventeen-year-old butch, has just been misidentified as a man, and a woman has gone to report her to mall security.  Rae, humiliated and insulted, is hurling insults. Her girlfriend, Nicole, is oddly unsupportive.

When Nicole discloses the reasons for her silence, Rae is overwhelmed emotionally, and she makes a surprising choice when her accuser returns.