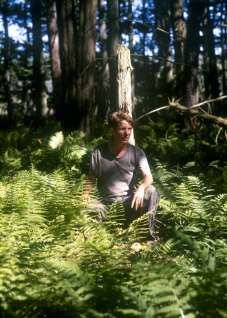 The Last Reading of Charlotte Cushman
Captivating evening with one of the greatest actresses of the nineteenth century. Charlotte Cushman, a large butch woman, made a name for herself in “breeches parts,” and treats the audience to excerpts from her Hamlet, Romeo, and Cardinal Wolsey—as well as scenes and other monologues from her repertoire. National award for “best play about a lesbian historical figure.”

Crossing the Rapelands
This is personal memoir along the lines of a  Spaulding Gray monologue..  about the playwright’s experiences of hitchhiking through America—specifically about hitchhiking from Boulder to Los Angeles, to San Francisco and back with another woman in the summer of 1973.