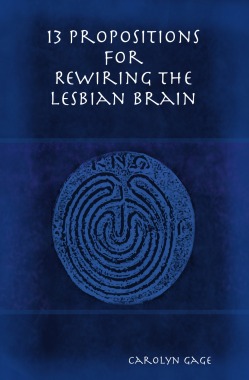 Why would the brain have wiring that doesn’t work? Several reasons.

First, humans are animals. Animals have powerful default wiring aimed at preservation of the species. That means reproducing early and often, with minimal discretion in terms of a mate or mates.

Second, children are programmed by their environment. A dysfunctional family provides dysfunctional programming. Many of these connections are around dominance and gender roles.

Finally, Western culture produces continuous broadcasting aimed at increasing consumption. The media has become very sophisticated in the ways it can hack into our hard-wired programming for survival or propagation, or  our programming from family-of-birth, in order to manipulate and enhance feelings of loneliness and insecurity. These feelings make us more vulnerable to the promises of consumerism, and, although that’s good for corporations, it’s not necessarily good for us.

The 13 Propositions are offered as an alternative wiring guide for people who are finding that the way their brain makes connections is not working for them.