The Second Coming of Joan of Arc
Written and Performed by Carolyn Gage
CD or published play
To hear podcast of the play: Part I, Part II, Part III

Gage in The Second Coming of Joan of Arc
Joan of Arc led an army to victory at seventeen. At eighteen, she arranged the coronation of a king. At nineteen, she went up against the entire Catholic church… and lost. Her trial lasted five months, and the testimony by witnesses was carefully transcribed by notaries. Twenty years after her death, a new trial was authorized, and again detailed records were kept. There was testimony by her childhood playmates, by her parents, by the women who slept with her, by the soldiers who served under her, by the priests who confessed her, by those who witnessed and administered her torture. She is the most thoroughly documented figure of the fifteenth century. So why do the myths about the simpleminded peasant girl, the pious virgin, still pervade the history books?

Joan was anorectic. She was a teenage runaway. She had an incestuous, alcoholic father. She loved women. She died for her right to wear men’s clothing. She was defiant, irreverent, more clever than her judges, unrepentant, and unfailingly true to her own visions.

In The Second Coming of Joan of Arc, Joan returns to share her story with contemporary women. She tells her experiences with the highest levels of church, state, and military, and unmasks the brutal misogyny behind male institutions. 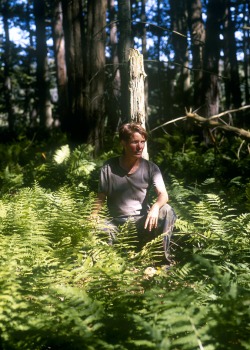 Gage as Joan
“… Carolyn Gage is one of the best lesbian playwrights in America…”--Lambda Book Report, Los Angeles.

“… a whole women’s theatre tradition in one volume… wonderful to read—rich, original, deeply affirming—and must be phenomenal to see on stage. The culture of women we have never had is invented in Carolyn Gage’s brilliant and beautiful plays.” --Andrea Dworkin, feminist philosopher activist, and author.

“The work of an experienced and esteemed playwright like Carolyn Gage is the air that modern theatre needs.” —Jewelle Gomes, author of The Gilda Stories, San Francisco Arts Commissioner.

“… unparalleled, far superior to George Bernard Shaw’s... The Second Coming of Joan of Arc is high art and revolutionary theatre combined.”—Phyllis Chesler, author of Women and Madness and Mothers on Trial.

“Carolyn Gage's visit was transformative for my department. Students were able to have close contact with a world-class artist. In a brief Q&A, Carolyn firmly and respectfully challenged their assumptions about the boundaries of art, education, and culture. She responded with enthusiasm and generosity to their staged reading of one of her short works, which gave them a strong sense of connection with this renowned artist. And we all experienced her extraordinarily moving and enlightening Joan of Arc in our own small theatre, sharing a truly powerful, and for some students life-changing, evening of performance.”--Dr. Ellen Margolis, Chair of Theatre & Dance, Pacific University, Forest Grove, OR.

“Carolyn Gage’s writing, acting, and teaching are explosive. She rips away the cultural camouflage that permits us to accept, to be blind to, the brutal context in which women are still required to live their lives. When my students remember this semester it will be because of her visit. She’s a treasure.” —Prof. George Wolf, Dept. of English, University of Nebraska, Lincoln.

“Ms. Gage’s visit to Washington College was inspiring. Her passion for what she does is so obvious and her intellect so impressive that students and faculty alike were immediately and permanently engaged by her presentation and presence. Washington College is, in part, known for it’s writing program. We have regular visits by well known writers—everyone from Edward Albee and Israel Horovitz to Toni Morrison and John Barth in recent years. I can honestly say I have never seen students so enthusiastic about a guest. Another thing that is unusual and impressive is that she has kept in touch with several of our students since her visit. One of the things I was most impressed with was the clarity of her aesthetics and politics. This is a person who does not apologize for her agenda or the militancy necessary to further that agenda. The amazing thing is she combines that unswerving commitment with compassion, understanding, warmth, and generosity. She is totally committed to her art in a way that is truly inspiring. Don’t let the lesbian/ feminist moniker scare you, this is a formidable artist in every way.” —Dale Daigle, PhD., Theatre Department Chair, Washington College, Chesterton, MD.

“Recalling The Second Coming of Joan of Arc leaves me practically speechless, but boiling over on the inside with sadness and a hunger to “right all the wrongs” of the world. Never before have I attended an event at my University that evoked tears and heartache and feelings of invincibility and empowerment simultaneously. In Dorothy Allison’s book Skin, she encourages women to speak and write ourselves raw, until we are vulnerable and we produce captivating and personal art that evokes tears, laughter, and rage from the audience. Carolyn Gage epitomizes Allison’s vision. Her brilliant performance touches everyone deeply by providing an educational, cathartic, heartbreaking, and empowering experience. She speaks the unspeakable truths about women’s oppression that most of us are afraid to say…”—Kristina Armenakis, Women’s Resource Center, University of Oregon, Eugene, OR.

“The night I saw [The Second Coming [of Joan of Arc], six years ago, I borrowed a copy of the play from a friend. Ever since then the book has lived in my book bag, purse, shoulder bag, carry on, reminding me that there are “two ways to destroy a woman”, reminding me not to get ripped apart. Gage has… has given us a hero that doesn’t run around in her underwear and taught us to take back the voices in our heads. Gage has changed so many lives she will never know about. and the only way I know how to thank her is to never stop fighting.” —Tamanya Garza, The University of the Sciences, Philadelphia.

“Carolyn Gage is to lesbian playwriting as Georgia O’Keefe is to women in American art: You can scarcely think of one without the other.” --off our backs, Washington, DC.

“Carolyn Gage is a living manifestation of the power of articulate anger. Her play is raw, uncompromising, in your face, and her politics are no different. In the flesh, however, her passion, humour and quicksilver insight shine through her rage against the patriarchal machine. An inspired spokeswoman for revolutionary radical feminism, I love to think of Carolyn out there now, urging women all over the world to access that submerged anger that, once released, will enable them to find hope, pleasure, selfhood.” --Women’s News, Belfast, Northern Ireland.

“… powerful and moving, to the point of angry, as well as sorrowful tears… Your truthful and emotional performance should be mandatory for all students—especially women, who need to make decisions and choices in their lives often based on the same issues that Jeanne confronted in her own pilgrimage.”  —Karla Alwes, PhD., Professor of English, State University of New York, Cortland.

“Ever since I first saw Carolyn Gage perform her work, I have been convinced that she is one of our greatest living artists… the value of Gage’s plays goes far beyond their ability to hold and entertain audiences. I know of no living playwright who is grappling with issues as controversial and as central to the survival of our people as Carolyn Gage. Possibly the most potentially transformative work of our time is the work on trauma conducted by psychologists and academics as well as within feminist and recovery movements. By joining her intellectual and political engagements with these movements to her considerable skills as a dramatist, Gage creates plays that bring the “magic” back to theatre. I have seen many of her plays performed – among them, The Second Coming of Joan of Arc, Sappho in Love, Harriet Tubman Visits A Therapist, and Artemisia and Hildegard. The impact of these performances on audiences is profound and life-changing.  I can also attest to Carolyn Gage’s rapport with university students and faculty… I sponsored a lecture and performance by Carolyn Gage on our campus. These events were well-attended and enthusiastically received by the faculty, students, and community members who attended. Carolyn Gage was on my campus for four days and throughout that time she was most generous in making herself accessible to students. In the discussions with her audience and during small group meetings with students, Carolyn was lively, provocative, brilliant.”--Dr. Morgne Cramer, Dept. of English, University of Connecticut, Stamford.

"When I consider the intensity and holding power of your one-woman Joan it's clear that you can do magic on the stage.  You held all 250 of us in the audience in breath-holding thrall. Amazing how much you did with a few simple lights, a stool and your script. Thanks so much for that performance, and for coming to Victoria." -- Christine St. Peter, Women's Studies, University of Victoria.

“Joan of Arc has never been made more real to me, not in the movies, not on stage. This is the woman, not the myth… Brava!”—Z. Budapest, author of The Grandmother of Time.

“… passion, humor, rage, insight, regret… This play works on many levels - layers and layers and layers… a highly intelligent piece of work which always remains accessible… an emotional, moving, exciting experience...” --From the Flames, Nottingham, England.

“… passionate, witty. Let this Joan be one of your voices.” --Feminist Bookstore News, San Francisco.

“… gripping re-exploration of a legendary figure…” —Sing Out!

“… a tour de force performance by US writer/actor Carolyn Gage. Here the true story of Jeanne Romée, the young peasant girl who liberated France, is brought to us in a contemporary setting, to explore how 500 years later things have changed for women in society. It is a flawless performance, delivered with passion, indignation, some humour, connection, opinion and power...” --Gay Community News, Ireland.

“Carolyn Gage is a powerful writer who comprehends her character… exhilarating… held my attention fully.” --We the People, Santa Rosa, CA.

“… a girl-power epic… Gage is at her best here, as almost every line is scorchingly insightful.” --The Spectrum, Buffalo, NY.

“We invited Carolyn Gage to perform her play, The Second Coming of Joan of Arc here at UVA—she was amazing. She really challenges women and men to rethink a whole range of issues, from popular historical accounts of Joan’s story to how rape figures into the oppression of women—and lesbians, specifically—throughout history. She is a completely lovely person and easy to work with.” --Claire N. Kaplan, Coordinator, Sexual Assault Education, Univ. of Virginia.

“Gage’s The Second Coming of Joan of Arc really is that—an entirely fresh look at Joan. Who knew she had a lesbian lover, and her cross dressing is what really got her in trouble?! Gage presents her as a queer role model and hero for all ages—a fantastic and surprising believable re-visioning of lesbian history.” —Marie Cartier, performance artist and author, Baby, You Are My Religion, and founder Dandelion Warrior Movement.

“Rarely in my life have I left a play, or any work of art, f eeling like my life was truly better for it… The plays were hilarious, harrowing, exhilarating, and affirming.” --The Spectrum, Buffalo, NY.

“Taking in a Gage play is like getting a combined dose of Karl Marx, Betty Friedan and triple espresso. She broadcasts insight on power and powerlessness with energetic zip, laying good groundwork for directors and actors who would attempt production of them.” —WNYQ News, Buffalo, NY.