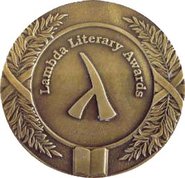 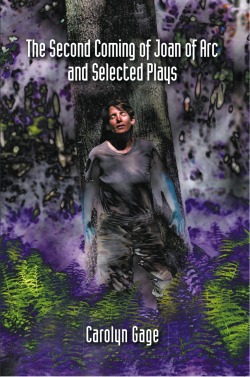 “… an exciting page-turner that is at once challenging and informative… inventive and thought-provoking take on women’s lives.”--Herstoria, Wallasey, UK.

" Carolyn has been dedicated to telling women’s stories, from a radical lesbian-feminist perspective, for more than twenty years, and whether as read on the page or viewed on the stage, her work has touched, shaken, angered, and moved so many of us."-- Elliott batTzedek [Read the rest of the review]

This is a brand new collection of Gage’s best historical plays, including the award-winning title work, a play that has been performed around the world for more than two decades.

In Artemisia and Hildegard, Gage explores the tensions between assimilation and separatism in the explosive encounter on an academic arts panel between 17th century baroque painter Artemisia Gentileschi and 12th century abbess Hildegard von Bingen. She revisits this theme in her widely-produced play, Harriet Tubman Visits a Therapist. Tubman, suspected of planning an escape, has been sent to the Therapist, another African-American woman, for an evaluation. Radical activism meets one-day-at-a-time therapism in this play that won the Off-Off Broadway Festival and was produced at the Louisville Juneteenth Festival.

The one-woman plays include The Last Reading of Charlotte Cushman, a full-length play about the l9th century performer whose lesbian affairs were a dramatic as her cross-dressed roles on the stage. The Parmachene Belleis a one-woman show about Cornelia Crosby, a 19th century Maine hunting guide with a crush on Annie Oakley, who was a survivor of torture and child sexual abuse. This is a play about outcasts, misfits, and survivors—Crosby, Oakley, and Sitting Bull—who all struggled to invent ways to continue in the face of shattered dreams and hopeless prospects.

The other plays include Calamity Jane Sends a Message to Her Daughter and Cookin’ with Typhoid Mary.