Calendar of Gage Appearances and Performances 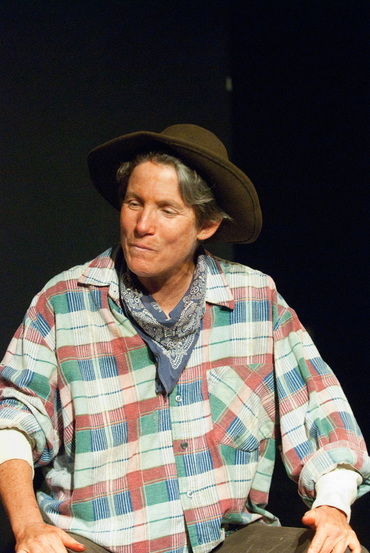 November 9, Bethlehem, NH:
Female Nude Seated reading with author, The Highlands Inn Lesbian B and B.

April 29, Bethlehem, NH:
Talk-back for Julia Reddy's performance of the second act of The Second Coming of Joan of Arc, The Highlands Inn.

May 7, Waterville, ME:
The Poorly-Written Play Festival, Aqua City Actors, The Center,  May 7 at 2 PM, Program of 6 comic one-acts. I will be attending a post-show reception after the Sunday matinee. (Shows also on May 5 & 6)

May 13, Bar Mills, ME:
I will be part of the talk-back for Julia Reddy's performance of The Second Coming of Joan of Arc, Saco River Theatre.

March 18-20, Bethlehem, NH:
The Parmachene Belle, and Beyond the L-Word workshop and The Art of the Dramatic Monologue workshop!  Read about it here!

January 20, Portland, ME:
A Gateless Garden, MUSEUM EXHIBIT -- OPENING CELEBRATION, 5:00 PM to 7:00 PM, Art Gallery at University of New England. (Exhibit of photos from the anthology A Gateless Garden, to which I am a contributor).

March 15, Easthampton, MA:
Gage on Stage... with Julia Reddy. Will include complete performance of Louisa May Incest. Easthampton Building, 3-5 PM. Produced by Gather the Lesbians. For tickets or to buy ad.

March 28, Bethlehem, NH:
Gage on Stage... with Julia Reddy. At the Highlands Inn.

August 5-10, Hart, MI:
The Lesbian Tent Revival, PLUS workshop performance of Crossing the Rapelands at the Michigan Womyn's Music Festival. Plus reading of Valerie Solanas at Matteawan.

November 23, Arlington, MA:
Gage on Stage at the Arlington Center for the Arts, 3-5  PM. With Julia Reddy and Jean Kennedy.  Produced by Promoting Womyn's Voices. $20 sliding scale... more if you can, less if you can't.

December 13, Laurel, MD:
Lifetime Achievement Award from Venus Theatre, celebrating their 50th production! Venus has produced 13 productions and readings of my plays, several of which were world premieres.

All Year! Portland, ME and streaming globally:
Every fourth Wed. of the month, hosting "Lesbian Radio" on WMPG, 1- 1:30 PM.

February 4, Lewiston, ME:
Classroom lecture, Bates College. All students/faculty in English and Theatre Departments invited. Email for location and time.

April 1, Portland, ME (and streaming everywhere):
Guest on "Desert Island Discs," WMPG, 10:30 AM-noon. (Guests bring 8 songs they would take to a desert island, and then they talk about their choices as they are played.)

November 6-7, East Lansing, MI:
"Interrupting Racism: An Interactive Workshop" in the afternoon of November 7, and an "Evening of Lesbian Theatre with Carolyn Gage"  from 7-8 PM on November 6. The Center for Poetry, Michigan State University.

November 9, East Lansing:
Calamity Jane Sends a Message to Her Daughter, excerpts from The Parmachene Belle, Women in the Arts Festival.

April 21, Portland, ME:
Maine Association for Community Theatre One-Act Festival. Will be presenting The Greatest Actress Who Ever Lived.

June 20, ALL OVER THE WORLD:
"The Other L-Words," (lecture) as part of "Live Your Best Lesbian Life." (internet broadcast).

July 21-22, Boston:
The Lesbian Tent Revival, Old Lesbians Organizing for Change National Gathering, PLUS... "Interrupting Racism: A Workshop," Woburn Hilton. Saturday Morning at 8AM:  "Lies, Secrets & Silences... Adrienne Rich Memorial Revival!" Come celebrate the radical truth-telling and fierce poetry of Adrienne Rich! Let us rekindle the sacred spark of that passion for our woman-loving selves and integrity! Sunday Morning at 8 AM: "The Radical Spirituality of Harriet Tubman and How She Still Leads Us Today." The spiritual conviction that inspired Harriet Tubman is rarely mentioned in her histories... and yet it appears to provide a key to understanding her mission and its success. Let us revive this buried herstory and honor the memory of Tubman in our own journeys to freedom. Sunday Afternoon at 3:30 PM: "The Seven Deadly Sins and How to Bring More of Them Into  Our Lives."  Come and celebrate the natural lesbian advantage in living a-Mazing lives that are deliciously "sin-spired."

September 26, Portland ME (and everywhere):
Will be hosting WMPG's "Lesbian Radio," streaming live from their website, 1-1:30 PM (EST).

March 9, Victoria BC:
The Second Coming of Joan of Arc at the University of Victoria. (Landsdowne Visiting Scholar).

April 1-3, Arcata, CA:
The Second Coming of Joan of Arc and the Lesbian Tent Revival, Click here for tickets and details about Joan of Arc performance.

July 8, Portland, ME:
Excerpt from The Parmachene Belle, "The Tasting of Art" at Lucid Stage.]